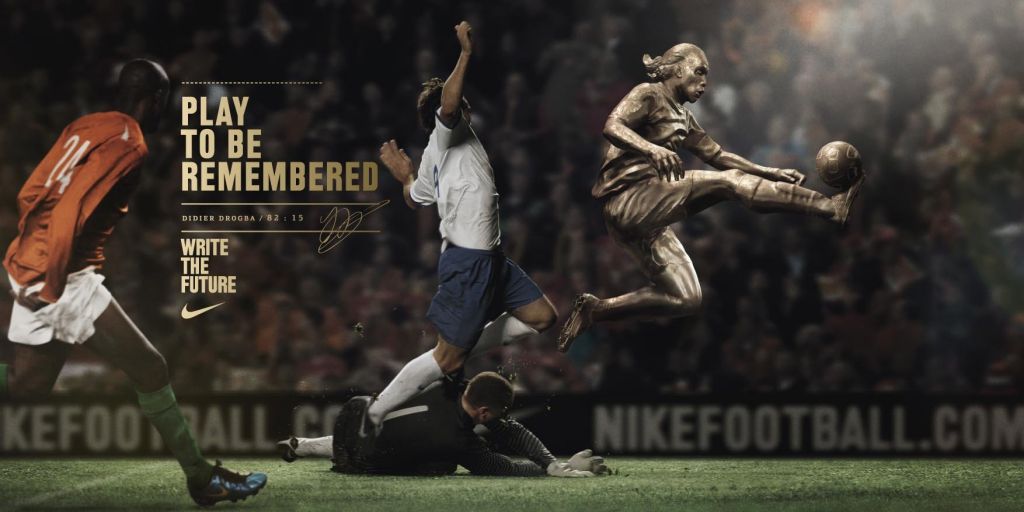 For the 2010 Football World Cup, Nike commissioned an advertising campaign with its greatest football stars. This was a fantastic piece of creative work, but the slogan, “write the future” was the clincher. Those words alone remind us that just like every one of those players on the field, we “write the future” everyday. Think of this tremendous possibility.

But how good are we at writing the future? Now I am going to get quite literal and I mean physically write it. Because studies have shown that when we write things down, we get a lot closer to make them a reality.

When we write our future, does it feel like just like that ad? Are your goals properly manifesting your future? Do your SMART goals (you know – specific, measurable, achievable, realistic and time-bound) get you giddy with inspiration?

Nah! For many of us, we find ourselves desperately trying to come up with SMART goals and inevitably end up with something that is, well, rather bland and boring. Hardly an exciting future.

But first, let’s think about the rationale for setting goals. Fundamentally, when we write down a goal, we are stating an objective that if achieved, will result in change, usually for the better. And by definition, this change will have an effect on and shape our future.

Before we write down a collection of SMART goals, should we not try to write the future, the one we aspire to and hope for? This is the time when we are looking for imagination, passion and creativity – just what we need to lead to a future full of possibility.

And the best way to write the future is to write the “Letter from the Future Me”. In the book The Art of Possibility, Ben Zander describes how he used this practice in one of his graduate classes. In order to drive creativity and imagination, he awarded all students an “A” for the subject, with the only condition being that each student had to write a letter dated in the future. In this letter, the students had to describe in as much detail what will have happened by that future date in line with this extraordinary grade.

Suffice it to say, the results were extraordinary, with the students’ letters showing imagination, creativity, a positive attitude and feelings of accomplishment and achievement. As Zander suggested, “I want them to fall passionately in love with the person they are describing in their letter.”

Dear Mr. Zander, I got my A because I had the courage to examine my fears and I realised that they have no place in my life. I changed from someone who was scared to make a mistake in case she was noticed to someone who knows that she has a contribution to make to other people…

Think how much more focused and targeted Giselle’s goals will be after writing her future.

So before you start writing your SMART goals, have a go at writing your future. Get imaginative, get creative, get passionate, embrace the possibility. Write the future you imagine and then take the necessary steps to get there.

This site uses Akismet to reduce spam. Learn how your comment data is processed.